Lowa’s Walker GTX—home on the mountain range or the mall.

As readers of this column know, I’m a big fan of on “crossover” wear, clothing or shoes that can be worn in the wilderness, at home, at work and on social occasions. Crossover wear is generally more durable, more expensive but longer lasting than conventional products. Of course the advantage is that you can use them anywhere.

Old fashioned leather combined with high tech:
I like an old fashioned touch which you won’t find on a less expensive shoe. Lowa’s Walker GTX (like many of their shoes) is made of nubuck leather. Nubuck is top-grain, extremely durable, cattle leather that’s been sanded or buffed on the grain side, or outside, to give a slight nap of short protein fibers.

The result is a near velvet-like surface that is quite comfortable to wear. LOWA describes the Walker GTX as a lightweight, ‘sneaker-inspired walking shoe’ but I would say it’s a lot more robust than your everyday ‘sneaker’.

The sole provides ample traction so that you can go from sidewalk to trail without breaking stride. At under 2 lbs it’s both light and very comfortable but until you break it in, you’ll feel the sole has more of a stiff, almost boot-like quality.

For cushioning material, LOWA employs LOWA DuraPU, a patented material that increases the shoe’s performance. In effect it adds a spring to your step. You can feel it when you leap from one boulder to another. Combined with Gore-Tex, which has both water resistant and breathable qualities.

This shoe is both comfy and practical. They are also attractive in a no-nonsense sort of way. Neutral colors that would work with just about any attire. 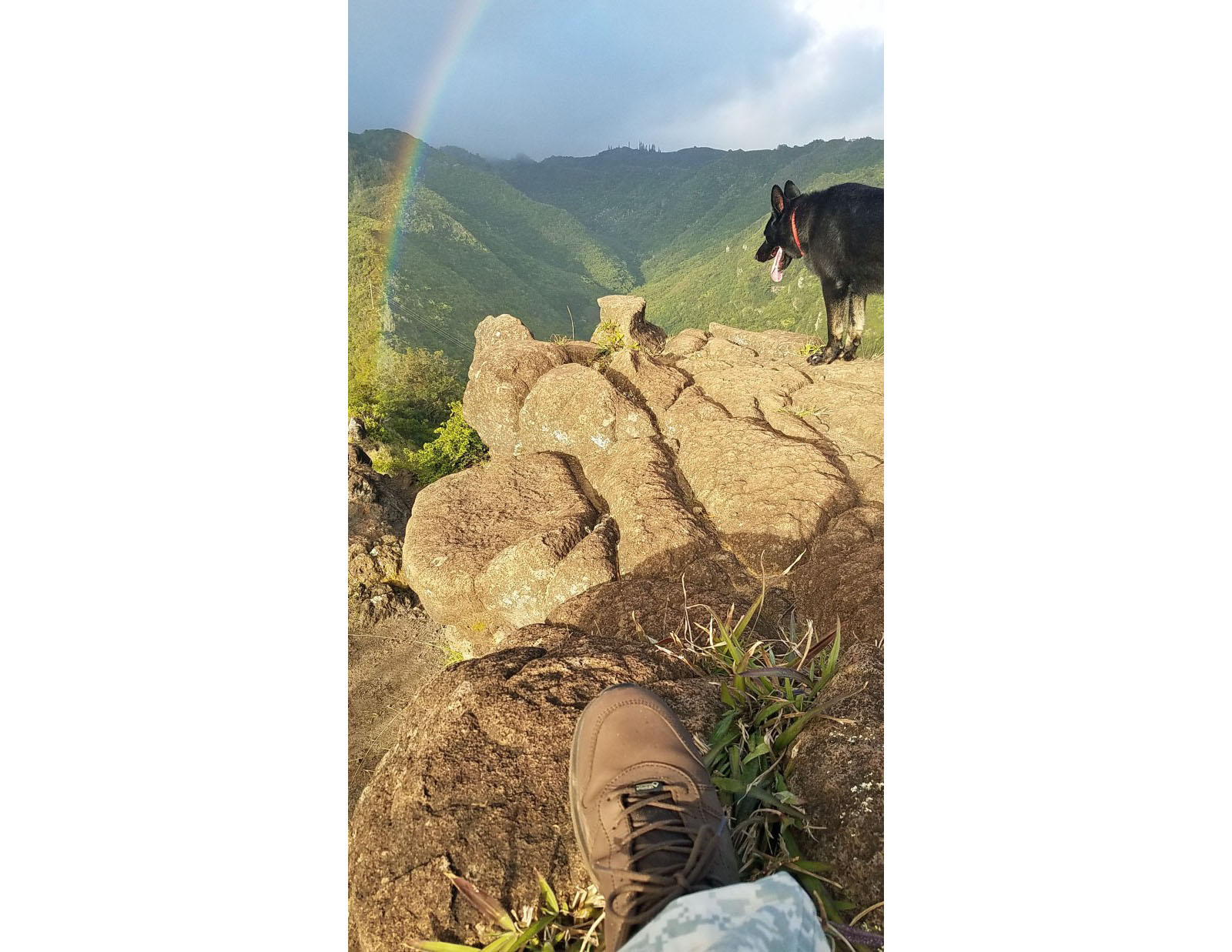 Performance Counts
I took the shoes along with a big black German Shepard on a serious trek up the mountain into the Kooalau Range where we encountered sharp volcanic rock, smooth boulders and partly congealed mud. It was an environment more suited to a boot but the aggressive tread on the Walker GTX handled it admirably.

The next outing was to the range, where the sturdy sole was a stabilizing asset. When you’re shooting, above all you need a solid platform and the Walker GTX helped me feel totally grounded.

It’s crossover potential also makes it a great candidate for travel. No reason to pack two or three pair of shoes if you’ve got footwear that can pretty much handle any terrain. These shoes will definitely accompany me on my next trip to the South Pacific, to update my Fiji website.

If you want something for just about any scenario that’s going to last, look good and keep you steady, look no further than the Walker GTX.