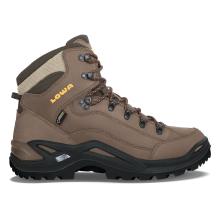 I am an Expedition Leader on the seven continents, leading groups from Everest to the Vinson Massif, Antarctica. I specialize in private, bespoke trips on new routes and peaks, from the high Arctic to Antarctica, the dunes of the Sahara to unnamed peaks in the Himalaya. This extends from climbing up, to paragliding off, peaks around the world.

My expeditions have been recounted in four books, Nine Lives - Expeditions to Everest, Seven Summits Solo, To Everest via Antarctica and Antonovs over the Arctic. Nine Lives covers 9 expeditions to Everest and the life-defining moment on each climb which Sir Chris Bonington defined as: “An amazing story capturing the essence of life’s moments climbing on Everest. I was fortunate to share some of those moments, from my own ascent of Everest when we were in Base Camp together, to days in Lhasa waiting for flights after Robert led the ascent of the Kangshung Face. A remarkable read spread across nine expeditions and eighteen years of Everest life.”

UK readers can purchase the book by clicking here.

I am also a motivational lecturer and training leader: focusing on leadership, team building, change management, business strategy/transformation and digital media, and am an Executive Creative Director who has managed advertising agency offices in the USA and Asia-Pacific.

What are you looking forward to?
I’m looking forward to return trips to Antarctica for more first ascents, returns to Everest, because it is Everest, more time with great climbing teams in great places that no one has ever heard of.

What’s an interesting trip/climb/expedition where you’ve taken your LOWAs?
Carstenz Pyramid can be wet, steep, snowy, rocky, freezing and hot all in one day, certainly all of which we experienced. I was climbing with Peter Hillary and his two sons and we all wore LOWA boots. It is often hard to choose a boot for all that, and still be light and fast on your feet, and have the option to clip into a crampon the next day for a quick equatorial glacial climb. It is a good place to have a Lowa approach shoe like the Cadin GTX Low and then a climbing boot.

My Favorite LOWAs are:
The Alpine SL GTX, is the best all around, do-anything, climb rock, ice and do long approaches and comfortable descents boot there is. I wore it up the Baltoro Glacier to K2 Base Camp and then out over the Gondogora La Pass. And with a pair of crampons it will easily play on the vertical ice. And, lets not forget, it is orange, that is very good fun.

The LOWA Expedition 6000 is also a great specialized high altitude or cold climates boot, very nearly as warm as an 8,000-meter boot and I’m tempted to take it to that altitude. It feels more maneuverable, and with better rock and snow feel than an 8,000 meter boot. I’ve worn it on multiple Vinson ascents in Antarctica and on our recent 1 day climb up from 14.2 camp to the top of Denali. It may seem to be an in-between choice, but with long expeditions, lots of ground to cover and altitude thrown in, it is a great choice for anything less than a full-blown 8,000-meter peak.

Renegade GTX Mid – a boot so comfortable and trusted, it can be pulled from the box in Kathmandu and taken off at Everest Base Camp 4 days later with complete confidence.