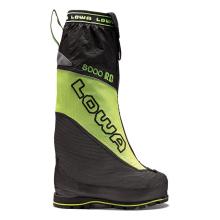 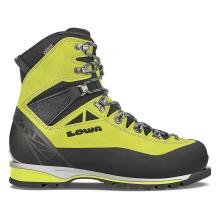 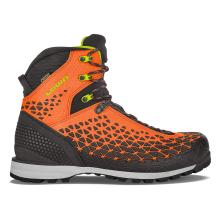 Steve and I are identical twin brothers.  We started ski mountaineering at age 12, and over the past 30 years have organized and been on expeditions to about 50 peaks in the 5000 meter to 8000 meter peak arena. Between trips, we are both CPA’s and family guys; Steve has three kids and I have two.   We’ve never thought of ski mountaineering as a profession or anything other than our passion.  Seeing the world, and climbing and skiing the highest peaks has brought contrast in our lives with perspective.  In turn, that makes us appreciate everything else.

Fun Fact:
CPA Mike's idea of a "lunch break" is a fast hike with 3K elevation gain on Aspen Mountain.

What are we looking forward to:
We are always looking forward the next adventure.  Currently, we are off to Bolivia for a couple of 6000 meter peak ski attempts.  But in general, what we really look forward to is hanging out during the summer in Aspen with family and friends.

What’s an interesting trip that you’ve taken in your LOWAs?
2012  21,150 Illimani in Bolivia was a gem.  We climbed and skied the peak in a single push of 9,000 feet of climbing and skiing, a first single day climb and ski, and the second ski descent of the peak from the main summit.

Favorite LOWA?
Favorite LOWA product is every boot or shoe we’ve ever used! From casual shoes at the office to training / trail running, to approach, and full on climbing boots, LOWA has been a massive part of our success.  Footgear is without a close second the most important gear there is, and LOWA fits!