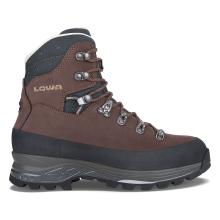 A three-time Olympian in the sport of biathlon, I now compete in 3-Gun competitions where I have won over 15 major High Lady match titles in the last three years. My goal is to become the best female shooter in the country. I also teach courses to military, LEO’s and competitive shooters on how to shoot with an elevated heart rate and under stress, and am a Babes with Bullets Instructor. I’ve been a professional artist since 2000 (I’m known as The Olympian Artist) and spend most of my free time traveling around to schools, 4-H clubs, Boys & Girls Clubs, Boys & Girls Scouts, talking to them about following their dreams, setting goals, and leading a healthy active lifestyle.

Fun Fact:
My twin sister Tracy and I competed in several Olympics together before we both made history and inspired the world when Tracy selflessly gave me her spot on the Sochi, Russia 2014 Olympic team after I fell ill during the final trials and wasn’t able to complete all the races. Tracy received the cherished United Nations & UNESCO Fair Play Award for her selfless act.

This commercial tells the story:
https://www.youtube.com/watch?v=l8xbNV9wqUw

What’s an interesting trip/climb/expedition/competiion where you’ve taken your LOWAs?
I recently took my LOWA Renegade Ice GTX Ws to S. Korea for the Olympics. We painted all day outside in cold and my feet we so comfortable and warm. We also visited the beaches while we were there, it was surreal being on a sunny sandy beach with 20 degree temps, but my Renegade Ice GTX fit in nicely!