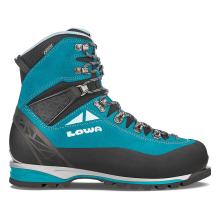 I first went climbing when a college lab partner asked me to climb after class and, instantly, I was hooked.  Under the pretense of finishing school at CSU, I moved to Colorado to rock climb.  There I took an outdoor education class in ice climbing. I moved around for several years, working for and climbing in various National Parks and Forests (Grand Teton, Sequoia/Kings Canyon, Yosemite, Tongass) and in 2006 I moved to Portland, OR where I obtained my M.S. in Geography.  The mountains of Colorado called me back and in 2012, I moved to Ouray to focus primarily on ice climbing.  It was there I discovered mixed climbing and dry tooling which has been one of my passions ever since.  When I’m not climbing, I can be found trail running and skiing.  And if I'm resting, you can be sure that Lola, my cat, is sitting in my lap.

I gave a poster presentation about the accretion of matter around a black hole at the International Astrophysics Union (IAU) meeting in 1999 as a junior in college.

…traveling with my partner, David Roetzel, to Europe to climb. But I'm lucky to have Vail, Colorado as my backyard playground.  Most winter weekends, I can be found dangling upside down in the East Vail amphitheater.

…are my Latok boots.  They’re like warm, fuzzy slippers that strap into my crampons and keep my toes safe!  My feet have always been warm and toasty when wearing them and that's one my primary concerns when ice climbing---warmth and comfort!